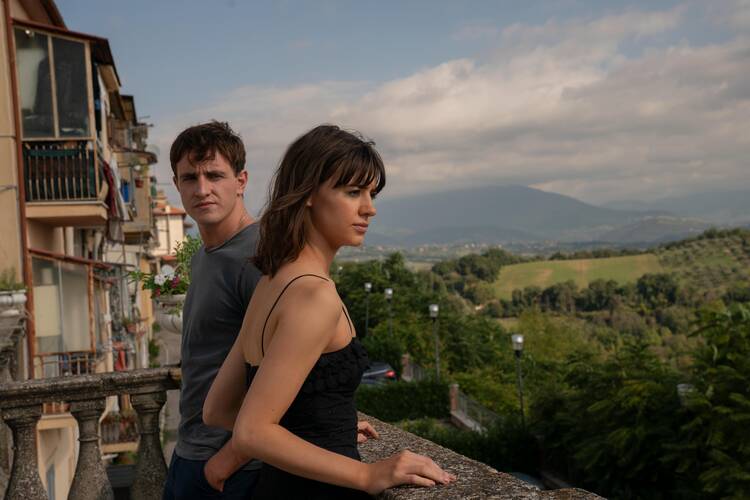 The night before the release of “Normal People,” Hulu’s adaptation of Sally Rooney’s second novel of the same name, literary Twitter was ablaze with hot takes. The author’s name was a trending topic in New York City as different profiles celebrated, critiqued and criticized, continuing a conversation three years in the making.

There was something very new and exciting about Sally Rooney’s Conversations with Friends when it came out in 2017. Rooney was marketed as Salinger for the Snapchat Generation, greeted as one of the first great millennial writers. I picked it up off of the “future of fiction” table near the back register at the Strand bookstore in New York City.

Rooney was marketed as Salinger for the Snapchat Generation, greeted as one of the first great millennial writers.

Conversations with Friends is a book about conversations between friends, often typed and texted. It’s the kind of book that gets passed along generating interesting conversations among your own friends along the way. I made my close college friends read it, lent it to my mom and my grandma, and passed it around with coworkers. My crassly annotated copy made the rounds across boundaries of age, gender and location.

The protagonist, Frances, a student at Trinity College in Dublin, is casually queer and communist, cerebral and self-indulgent. We follow her as she navigates an awkward love square between herself, her best friend/former girlfriend/spoken word partner, and an illustrious older married couple, Melissa and Nick. At 26, Sally Rooney took a conventional Victorian-esque love story and freshened it up, creating a literary phenomenon along the way. The iconic warm yellow cover (painted by Alex Katz) made a cameo on Sarah Jessica Parker’s Instagram and was even seen in the hands of Shiv Roy on HBO’s “Succession.”

I was nervous when Normal People was announced so quickly after the success of Conversations with Friends. Sometimes a debut novelist will capitalize on her fame and rush to publish an inferior work, some old manuscript that had been shunted aside or buried deep on a hard drive.

At 26, Sally Rooney took a conventional Victorian-esque love story and freshened it up, creating a literary phenomenon along the way.

At first it seemed like this could have been the case. The two novels have a lot in common, both coming-of-age stories set at Trinity in Dublin. Normal People lacks the showiness of her older sister: no bougie gay anarchist best friend or elite artsy Dublin couple to gawk at. The characters are, as the title might suggest, just normal people. They don’t have intergenerational affairs with B-list film stars.

It took me a while to realize that Normal People is not a watered down version of Conversations with Friends, but instead a smoothly refined sample of Rooney’s writing. Class, which is always in the background of CWF, gets placed front and center in this upstairs-downstairs romance between an upper class girl and her maid’s son. Frances’s self-indulgent vapidity gets toned down and turned into a will-they-won’t-they relationship pushing and pulling itself through missed signals and unspoken dialogue. Connell and Marianne’s quiet romance is plagued by self-doubt, classism, depression, insecurity and bad timing as they move through secondary school and university.

Class gets placed front and center in this upstairs-downstairs romance between an upper class girl and her maid’s son.

Within just about a year of its U.S. publication the novel was released on Hulu as a miniseries. Nervously excited, I prepared myself to be let down. The movies are never as good as the books, my mother and every English teacher ever has always reminded me. Besides, Rooney’s writing is at its best when describing the body’s response to the world around it; how could that even be captured in film? The answer is a well deserved mature rating.

The miniseries is separated into two parts, the first six episodes directed by Lenny Abrahamson while Hettie Macdonald takes on the second half. The acting is brilliantly understated and the setting visually gorgeous. The cinematographers make the most of their locations, split between the West Coast of Ireland in County Sligo and Trinity College in Dublin, in addition to a refreshing special episode set in the Italian countryside. The soundtrack is an eclectic mix of atmospheric soundscaping, sad indie, familiar pop and new up-in-coming Irish acts.

John Mulaney, my Irish twin who wasn’t to be
Maureen Miller

The Catholic imagination is latently present in the way that Rooney writes about the body. Over summer holiday Connell attends the anniversary Mass for Marianne’s father. There “He saw Marianne in the vestibule when he arrived. She looked like a piece of religious art.” In another scene “He touches his lips to her skin and she feels holy, like a shrine.” Their experience of God, of what is good, is rooted in each other and expressed through their bodies. Throughout the story they find mercy and grace and love through each other. Their bodies serve as extensions of their souls.

Newcomers Daisy Edgar Jones (Marianne) and Paul Mescal (Connell) shine in this slow, meticulously faithful adaptation of the source material. Their chemistry is palpable, at times shocking, almost but not quite pornographic. The camera holds steady on their bodies laying still naked in bed, their vulnerability shed for the audience. We experience God through our bodies. Maybe it’s okay to look at them.

Ciaran Freeman is a former Joseph A. O’Hare Fellow at America Media.