Review: How the fall of Rome led to the modern world 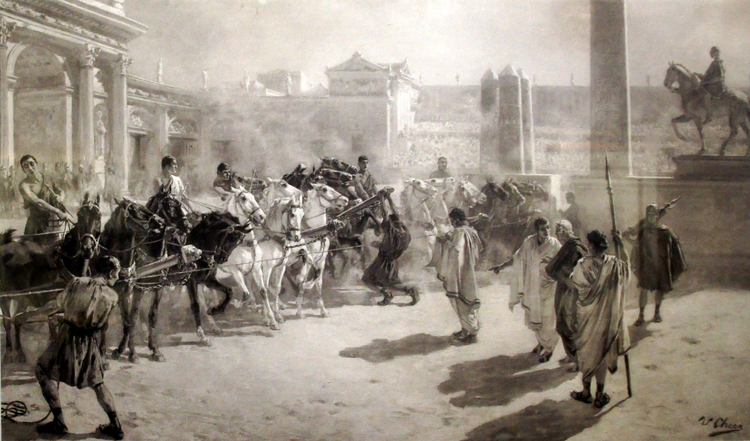 The fall of Rome in 476 C.E. marked the end of antiquity and ushered in the Middle Ages. Although the Eastern Empire would persevere for another millennium, the West would never be the same. The world the Roman Empire built and maintained for five centuries evaporated almost overnight and left behind a highly fragmented, contentious and economically devastated Europe. But as Walter Scheidel argues in Escape From Rome: The Failure of Empire and the Road to Prosperity, out of the Empire’s ashes rose modernity.

Escape from Rome by Walter Scheidel

Scheidel begins his book, a sweeping academic survey comparing empires and eras, with the claim that the best thing the Roman Empire ever did was to “fall and go away.” This feels counterintuitive at first: What about the Empire’s contributions to engineering, literature, language, law and economic development? Scheidel does not necessarily discount those Roman innovations, but he saves his examination of them for the epilogue. Rather, most of his study is centered around demonstrating that the lack of empire in Western Europe allowed the conditions for modernity to arise, or what he calls “The (Second) Great Divergence,” the first one after 476 A.D.

Out of the Empire’s ashes rose modernity.

To build his thesis, Scheidel relies on counterfactuals (were there any candidates for a new empire to establish itself in Europe?), comparative analysis of other long term empires, notably in China, and an examination of the benefits of highly fractured European states sharing a small geographic footprint.

Each of these points takes up several chapters and includes twists and turns that are more geared toward fellow academic historians than the average reader. How much influence, for example, did Europe’s relative isolation from the Eurasian steppe have on state formation, and would Europeans still have discovered the New World if they switched places with China? These sections are difficult to follow, even in their major lines of thought.

Despite these shortcomings, Escape From Rome makes bold claims about the nature of empire and the roots of the modern world and backs them up with thoughtful analysis. At its core, Scheidel’s thesis is strikingly logical: competitive friction creates progress.

Escape From Rome makes bold claims about the nature of empire and the roots of the modern world and backs them up with thoughtful analysis.

As Scheidel demonstrates, the European experience has been a unique one. After Rome, no single empire was ever able to assert itself on a similar level. Factionalism and competition between states led to innovation, advancement and modernity.

Roman legacies are still worth studying and celebrating, but if Scheidel is right, the fall of the Western Empire did more to create the modern world than the Empire itself ever did.

This article also appeared in print, under the headline “Empire’s end,” in the March 30, 2020, issue.