The street philosophy book behind the ‘Wu-Tang’ television miniseries

The street philosophy book behind the ‘Wu-Tang’ television miniseries 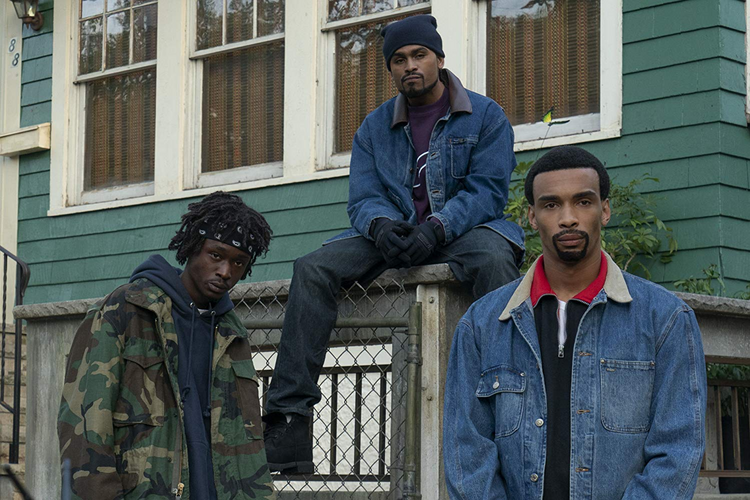 The September release on Hulu of the 10-episode series, “Wu-Tang: An American Saga,” introduced a new generation to the story of the rise of one of hip-hop’s most influential groups. Emerging out of Staten Island in 1992, Wu-Tang Clan revolutio>nized the rap genre, with anthems based on their own rugged origins and unorthodox nods to kung-fu culture.

“An American Saga” introduces the viewer to all of Wu-Tang’s members (including several who went on to have successful solo careers), including Raekwon, Ghostface Killah, Ol’ Dirty Bastard, Method Man, GZA and Inspectah Deck, but the focus of the series is on Bobby “RZA” Diggs. As the show’s protagonist and the linchpin of his Staten Island crew, RZA (pronounced “rizza”) is portrayed as a protector, whether holding (and later disposing of) Raekwon’s gun or taking over his brother Divine’s drug regime while the latter was imprisoned. The series clearly derives much of its content from RZA’s second book, The Tao of Wu, published in 2009.

Throughout the series, Diggs describes hearing music in his subconscious and eventually attempts to develop his production skills by investing in an SP-1200 drum machine. He later tries his hand at freestyling about his own conception at an Eric B & Rakim concert, but the performance falls flat. However, the sentiments about his birth that he expressed during his freestyle are echoed in the introduction of The Tao of Wu: “Just as you must come through a woman’s womb to attain physical birth, so must you come through Wisdom to achieve mental birth. And like childbirth, Wisdom often comes with pain.”

These thoughts and countless other lessons RZA has learned throughout his life and career are at the heart of The Tao of Wu and reflected in “Wu-Tang: An American Saga.” As a follow-up to 2004’s The Wu-Tang Manual (co-written with Chris Norris), Wu presents street philosophy aligned with Taoism, Buddhism, Christianity and The Five-Percent Nation. A movement founded in Harlem, N.Y., by the former Nation of Islam member Clarence Edward Smith in 1964, The Five-Percent Nation holds that 10 percent of people in the world know the truth of existence, and they opt to keep 85 percent of the world in ignorance; the remaining 5 percent are those who know the truth but aim to enlighten the 85 percent. Diggs is a member, and in one episode of the show, while he is playing chess (one of his favorite hobbies) with an elderly man in Central Park, he has a chance run-in with some other members of the movement.

While the book’s predecessor focused mainly on the origins of the Wu-Tang Clan, RZA used The Tao of Wu to highlight each religion’s focus on unity and the quest for knowledge, while also encouraging black men to seek self-knowledge as a release from mental slavery. Originally taught about The Five-Percent Nation by his cousin Gary E. Grice (GZA), RZA praises many of the principles of the movement, like actively studying the Supreme Mathematics and Supreme Alphabet (key Five-Percenter concepts that involve methodical lists of numerals and interpretive texts) and seeking to discover the Twelve Jewels of Islam, a rite of passage for those seeking self-fulfillment.

In The Tao of Wu, RZA highlighted that along with religious discipline, one must also practice physical and mental discipline, which can be achieved through practices like veganism. For RZA, however, veganism is not solely for health and religious purposes; it is a decision between life or death:

One lesson I found is called Great Understanding—it might be by Elijah Muhammed. It said that at one point, everything that we ate was alive—we’d eat from the tree, from the ground, our droppings would feed the tree. It was all life and therefore man didn’t die. When he put death into his body, he started to die.

The search for consciousness is not exclusive to black men, he writes, but is for anyone who has the aptitude to learn its principles. Five-Percenters teach that any weakened mind can be exposed to “demonic values” or anything that can be deemed immoral, like drug usage. During a mind-altering delirium on PCP, RZA experienced hallucinations that he describes as mental possession, an experience that his cousin and fellow Wu-Tang member Russell Tyrone Jones (a.k.a. Ol’ Dirty Bastard) similarly underwent before his death in 2004. RZA blamed himself and other loved ones for not intervening in Jones’s struggle with drugs, perhaps even by utilizing the Twelve Jewels mentioned earlier: “Heroin is a physical addiction: If you don’t get it, you get sick. But even though your body is addicted, your mind chastises you every time you use it. When your mind has attained these Jewels, it leads the body.”

The Tao of Wu continues to present RZA as not just a force to be reckoned with as a rapper but also as a philosopher.

While the Twelve Jewels are not easily attainable, RZA sought happiness (the last of the Jewels) to mentally escape the chaos of his environment. Years prior to becoming a force in hip-hop, RZA regularly lived in New York apartments with a nearly suffocating number of people—especially in Staten Island, where, in the early 1980s, he lived with 18 others. With living conditions that nearly crushed his spirit, RZA remained in tune with the Jewels, mentally transforming his surroundings into a state of happiness. For knowledge beyond what was prophesied through The Five-Percent Nation, RZA made connections between various religions, including Christianity: “The Ten Commandments aren’t commandments that you need to read. They’re inside you. Islam, Taoism, the teachings of the Bible—they’re all ways to get in touch with God’s truth within you. And for a lot of people, this takes work.”

The Tao of Wu continues to present RZA as not just a force to be reckoned with as a rapper but also as a philosopher whose true righteousness comes from the examination of self and showing audiences that spiritual manifestation starts from within. A decade later, the book remains significant for Wu-Tang fans everywhere. And now “Wu-Tang: An American Saga” is exposing millions more to the role of spirituality in RZA’s life, career and role in Wu-Tang Clan. 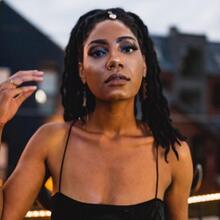 Jaelani Turner-Williams is a senior contributor for (614) Magazine, based in Columbus, Ohio. She has written for Bitch Media, MTV News, Remezcla, Vice and more.