Review: The birth (and birthplace) of R.E.M. 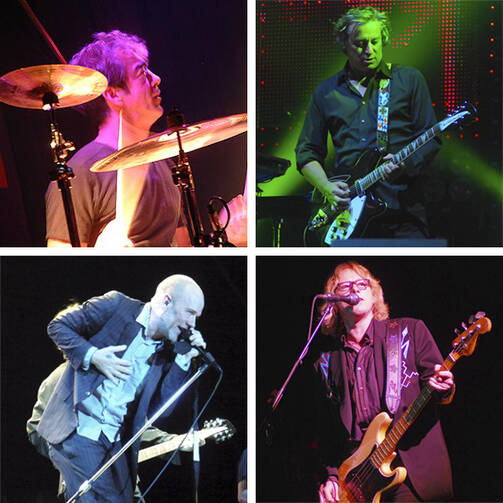 One of the more intriguing nuggets for the casual R.E.M. fan in Robert Dean Lurie’s biography, Begin the Begin: R.E.M.’s Early Years, is that the band’s first public appearance was quite the religious experience. Well, sort of. While it is doubtful that anyone removed their sandals—though other items of clothing were likely removed—R.E.M.’s 30-plus-year musical sojourn did indeed begin on holy ground.

The band’s first public performance took place around the altar of a renovated Episcopal church in Athens, Ga., during the spring of 1980. Pretty cute for a band who would ultimately become best known for a song titled “Losing My Religion.”

Within a year of that first concert, R.E.M. was opening for major label artists like The Police, and just a couple of years later, their debut LP, Murmur, was named the best album of the year by Rolling Stone. By the end of the decade, they were major players in the alternative rock scene, and by the beginning of the 1990s, they had become global superstars.

Begin the Begin’s primary aim is to trace the group’s rapid ascension from college town obscurity to rock’s upper echelons. Though R.E.M.’s development is foregrounded in the text, it winds up taking a back seat to that college town community from whence they came. In this origin story of one of the most popular bands of the last 50 years, it is the origin in and of itself that takes center stage. Indeed, the book—accidentally or otherwise on the author’s part—is very much like an R.E.M. song, or at least like the best of R.E.M. songs.

In this origin story of one of the most popular bands of the last 50 years, it is the origin in and of itself that takes center stage.

Its strength is found in its pathos rather than its logos, its capacity to make the rational, linear narrative secondary and superfluous to the feelings and moods it evokes from the atmosphere of the Athens music scene. The old concert flyers and early publicity photos scattered pell-mell throughout the text give the book a low-budget scrapbook feeling that serves to give the reader a glimpse into a particular moment in American music history.

There is a rough-hewn, unrefined quality to Lurie’s writing that merges with his technical acumen about music, along with his encyclopedic knowledge of all things R.E.M. and Athens during the last two decades of the 20th century. Such breadth of knowledge creates a historical sensibility that is remarkably well suited for the subject at hand. Lurie’s writing, much like R.E.M.’s music, is far too hospitable and amiable to be categorized as “punk” or even “edgy” for that matter. At the same time, it coheres with the rough-edged, playful, D.I.Y. quality that was a hallmark of the music coming out of Athens in the late 1970s and early ’80s from bands like Pylon and, more prominently, the B-52s. Indeed, like his musical heroes, Lurie is not striving for perfection and refinement in his output but is instead concerned with conveying the mood and feelings of a particular moment, and if it so happens that a few wrong notes are hit in the process—in Lurie’s case, some pat clichés and bumpy turns of phrase—well, that’s just part of the fun. And for the Athens music community, fun was the first priority.

This article also appeared in print, under the headline “Shiny, happy people,” in the September 2, 2019, issue.