Review: How reading the bible as storybook can change the way we live

Review: How reading the bible as storybook can change the way we live 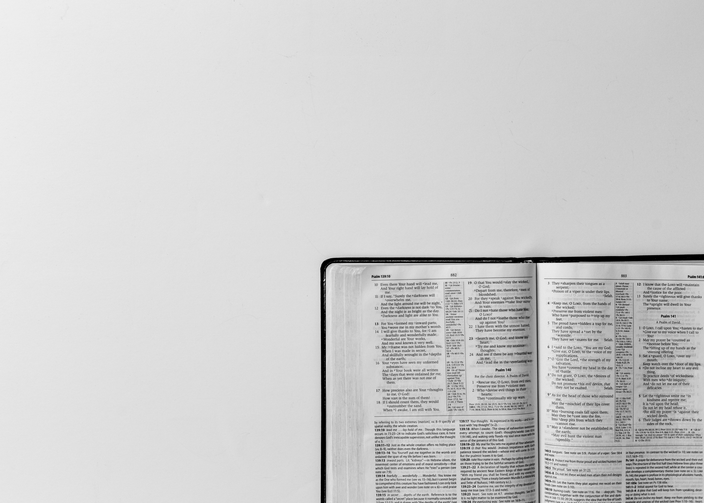 Photo by Carolyn V on Unsplash

Growing up evangelical in Tennessee, Rachel Held Evans was steeped in an intimate knowledge of the Bible from her early years. She represented the Bible Club in her high school’s homecoming court, memorized large chunks of Scripture and grew from seeing the Bible as a childhood storybook into an adolescent understanding of it as a handbook, “because it told me what to do.” The evangelical emphasis on the inerrancy of the Bible colored much of Held Evans’s life even into college, where her conservative Christian professors reassured her that the Bible “would equip me to engage the moral confusion of postmodern culture.”

All of this would have made for a tidy story of American Christianity had something much more interesting not happened to Held Evans. She came to prominence as a voice for millennial evangelicals, not by preaching or entering academia, but through blogging and social media, where she used her growing presence to raise questions about evangelical positions on women, the L.G.B.T. community and biblical fundamentalism itself. Her split from evangelicalism was public, and not easy: “The harder my fellow Christians worked to minimize my objections,” she writes, “the more pronounced my objections became.”

Inspired represents Held Evans’s attempt to return not to the “handbook” Bible of her adolescence but to the “storybook” Bible of her childhood. She is now a member of the Episcopal Church, whose view of Scripture is somewhat similar to Catholicism’s notion that the Bible is a multi-authored text written over centuries, divinely inspired rather than directly dictated by God. And as a memoirist, Held Evans admits that she comes to the book “not as a scholar, but as a storyteller and literature lover” trying to see the Bible as a collection of tales best understood “when we appreciate their purpose.”

For Catholic readers who may not have grown up as deeply steeped in the Bible as Held Evans, what Inspired might offer is a conversation about what this collection of stories, poems, hymns and letters means to us not just individually, but collectively.

It is fitting, then, that Held Evans begins her book by examining biblical origin stories, which, like family mythologies about how grandparents met, are “rarely straightforward history.” There is a reason many of the stories of exile and diaspora in the Bible are so important to African-Americans whose families endured slavery; she quotes the recently deceased theologian James Cone, who wrote that origin stories help people to “determine and affirm their reason for being.” She also reminds readers that the origin stories of the Hebrew Bible are perhaps best understood by those “who have had it the longest” and introduces the concept of midrash to readers who may not already be familiar with it as “the most common form of biblical interpretation in Jewish tradition.” Midrash allows Jewish readers to engage the Scriptures as a participatory, collective text, what the Episcopal priest and bible scholar Wilda Gafney refers to as interpreting “not only the text before the reader, but also the text behind and beyond the text.”

Held Evans writes that midrashic interpretation appeals to her because it helps her “recover some of the curiosity and wonder with which I approached the Bible as a child.” And that sets the tone for Inspired. Each chapter begins with a re-telling of a Bible story, either from a different point of view than the original (including Abraham and Sarah told from the point of view of Hagar; Job retold as a one-act play set in a college cafeteria; the encounter between Jesus and the woman at the well from the woman’s perspective; Peter watching Jesus walking on water recast with Peter as a modern-day tourist in Israel doped up on Dramamine), and then moves into an interpretive explanation of a biblical theme.

Held Evans has increasingly turned toward an outspoken liberal political point of view in her writing and social media posts, and the themes in Inspired reflect many American Christians’ struggle for meaning in the Trump era. Resistance, war, wisdom and the role of women, people of color and L.G.B.T. people in the Bible and in contemporary Christianity all repeat as themes. Because white evangelicals voted for Trump in such large numbers, there has been a reckoning for many of them about where their allegiance to Scripture may differ from the values of the leader they put into the White House.

Increasingly, millennial and Gen X Christian women writers like Held-Evans, Sarah Bessey, Vicky Beeching and Jen Hatmaker who grew up steeped in evangelicalism have become more vocal about progressive issues; and because these women are internet savvy and have large social media followings, their words about politics, social justice and the Bible itself have ripple effects. Before she left evangelicalism, Held Evans wrote a best-seller called My Year of Biblical Womanhood, about trying to follow every rule in the book to the letter. The Bible is where Christian fundamentalism begins, so Held Evans’s emphasis throughout Inspired on social justice issues also reflects a gradual demographic shift among younger white evangelicals, who, according to the Pew Research Center, skew more liberal than their older peers. “In many ways,” she admits of her early evangelical years, “the Bible of my youth was set up to fail.”

The Bible can be inspirational at the same time that it can be puzzling, infuriating and frustrating. Sometimes the Bible can even inspire change, but in order to do so, its context has to shift to make sense to us today.

Held Evans admits that scriptural interpretation is, ultimately, individualistic. “You can bend Scripture to say just about anything you want it to say,” she writes. “You can bend it until it breaks.” And she asks readers a pertinent question for our turbulent times: “Are we reading it with the prejudice of love, or with the prejudices of judgement and power, self-interest and greed?” And while her book is not scholarly, she draws on the work of many contemporary biblical scholars who are also finding new ways to interpret Scripture in the context of the era we live in.

For Catholic readers who may not have grown up as deeply steeped in the Bible as Held Evans, what Inspired might offer is a conversation about what this collection of stories, poems, hymns and letters means to us not just individually, but collectively. “Like it or not,” she writes, “you can’t be a Christian on your own.” The incarnation, after all, is human, and we human beings have to be dependent on one another as much as on the stories of Christ, Moses, Sarah, Hagar, Ruth, Peter, Paul, Mary Magdalene and the Samaritan woman to imbue our lives with meaning.

Myths and metaphors, told again and again, become part of our human fabric. So why not embrace those stories as opportunities for understanding one another rather than as an inflexible, historically de-contextualized set of rules? The Bible can be inspirational at the same time that it can be puzzling, infuriating and frustrating. Sometimes the Bible can even inspire change, but in order to do so, its context has to shift to make sense to us today. As the Rev. William Barber has said, “the Bible is deeply political,” but only when we shift to understanding it as a justice story, a “calling to move our politics to a higher ground.”

Held Evans seems to have made the shift, and Inspired is itself a collection of stories inviting readers to do the same.

This article also appeared in print, under the headline “Ever Ancient, Ever New,” in the July 9, 2018, issue.

Review: Paul Mariani on why poetry sustains us
The “Catholic sacramental perspective,” as Mariani terms it, urges the poet to recognize in even “the meanest thing” some glimmer “of inestimable worth,” some sign of the Creator.
Lesley ClintonJanuary 24, 2020

Review: When #MeToo meets the church
In her new book, Ruth Everhart offers striking juxtapositions of biblical stories, parables and teachings with present-day experiences of sexual abuse in the church.
Lauren D. SawyerJanuary 24, 2020