Figure skating deserves your attention more than every four years. 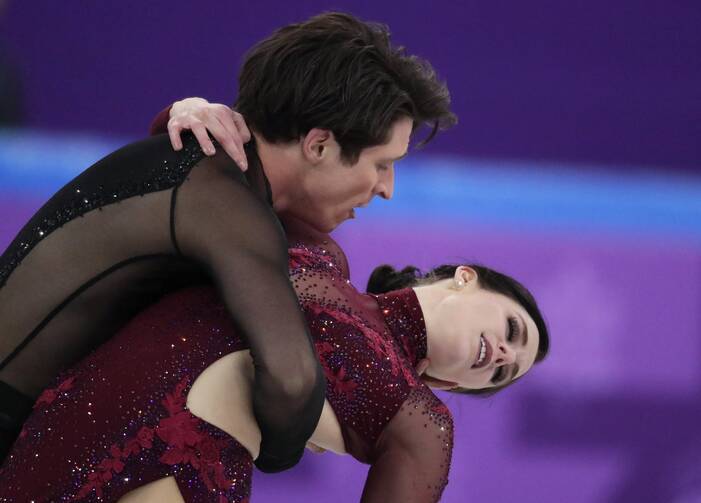 A little over a year ago, “Saturday Night Live” presented a terrific commercial parody titled “Wells for Boys.” The conceit was that Fisher-Price had put forth a line of toys made expressly for “sensitive boys” that included the eponymous well, which sensitive little boys could sit beside “to wish upon, confide in, and reflect by.” Other products in the fictional line included a toy balcony, “for when they’re ready to announce something,” and a shattered mirror “to examine the complex contradictions of their being.”

Growing up in the Midwest in the 1980s, there were no wells for boys, or even a comedic conception of them, so instead, dear reader, your correspondent, as a sensitive little boy, turned to figure skating, as many a sensitive boy before him had. No, not ice skating, which speaks of a sort of gender-neutral maybe-this-will-bloom-into-hockey-or-at-least-speed-skating sort of situation, which I am sure any red-blooded parent in the America before Judith Butler would have hoped for. No, dear reader, your correspondent figure skated—figure skated, with a capital F. In a blue-collar suburb in the depths of the Reagan administration, your correspondent put on a pair of skates—with a toe-pick, no less—and did not follow it up by putting on shin guards and a helmet.

The Winter Olympics are upon us once again, and once again, figure skating steps out of its burrow of athletic obscurity.

The Winter Olympics—also known as the Super Bowl for Sensitive Boys—are upon us once again, and once again, figure skating steps out of its burrow of athletic obscurity, like some sort of quadrennial Punxsutawney Phil, and steps into the forefront of the global consciousness for approximately two weeks, before returning, covered in equal parts blood, sweat and bugle beads, to its furrow on the margins of the world wide web. There it will return to its rightful audience, made up primarily of skaters themselves, women, and sensitive boys, both former and current.

This coterie of fringe fanatics, of which I include myself, are ambivalent about the public’s every-four-year discovery of a sport we love each and every day of every year. Certainly, the profile and prestige of the Olympics, coupled with the athlete’s desire for the rewards and glory that the Games offer, makes for exhilarating times. Still….

There is a scene in the “Wells for Boys” skit where another little boy wearing a baseball cap and holding a football approaches the little boy sitting pensively by the well and says, “That thing’s weird, I don’t get it.” To which, the boy with the well’s mother (played by Emma Stone) responds, “That’s because it’s not for you. Because you have everything. Everything is for you! And this one thing is for him!”

This is how I feel about figure skating’s hyper-visibility during the Olympics. Suddenly, everyone’s interested in figure skating; suddenly, people who just a week ago were gorging themselves on bean dip while wearing Patriots attire at a Super Bowl party are now asking me who’s going to “win the Olympics in ice-skating” or commissioning me to write a piece on the sport for a Catholic current events magazine. And so, I reiterate: This one thing is for me!

Alas, dear reader, your correspondent is not writing entirely in good faith. I am afraid I am a coward. Or was a coward. There came a time when the bell of puberty tolled, and perhaps more so the gong of the crushing financial burden of high-level figure skating and tennis lessons. My decidedly blue-collar parents forced me to make Sophie’s Choice (or so it seemed to this “sensitive boy” at the time) and choose between the two decidedly white-collar sports. I chose tennis because it was “more masculine.” I will just let you sit with that for a moment.

As it turned out, I didn’t even become the next Andre Agassi, but rather, an off-brand Father Jim Martin.

Usain Bolt is the greatest Catholic athlete in the world.
Nick Ripatrazone

It is with mixed feelings that I release my hold on my beloved figure skating and offer it up to the world for the next two weeks. I will grin and bear the questions from those grown-up versions of the boy in the baseball cap holding the football, as they ask why nobody jumps in ice-dancing or when Michelle Kwan is going to compete. I will endure the usual litany of questions about the sport’s legitimacy from the usual mainstream sports reporters who haven’t given figure skating a thought in, oh…four years or so.

I will float on and over the thinly veiled snickers at the masculinity of the male skaters by “real sports fans,” and all the while I will enjoy watching my sport, the sport for sensitive boys, as it takes its brief turn in the spotlight while I sit beside my well.

Thank God for sensitive Jakes! And good luck in your studies, Padre.

"Sport (British English) or sports (American English) includes all forms of competitive physical activity or games which, through casual or organised participation, aim to use, maintain or improve physical ability and skills ..."