How Jesuits and Jedi are more alike than you might think 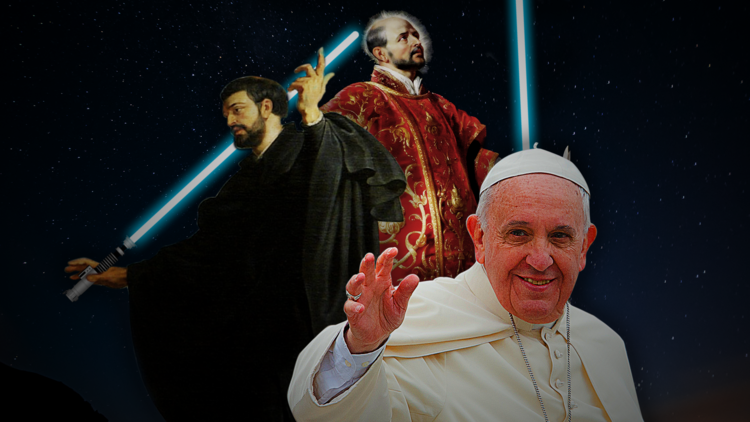 The Jesuit Post explores the ways Jesuits are a lot like Jedi—and a few ways that they are definitely not.

1. Jesuits and Jedi both believe in a universe-penetrating spiritual power.

Jedi believe in the Force. As Obi-Wan Kenobi explained:

Jesuits believe in seeking to find God in all things. Not only interiorly, but in the people all around us, and in creation itself.

2. We both have really long training periods.

Jedi start as younglings, even newborns, and spend as many as 23 years before becoming a fully trained Jedi.

Jesuits have it admittedly easier. We start later—most Jesuits enter after some college—and have a much shorter training period. We profess final vows generally after 10 to 15 years of formation. Sometimes more, but usually less than 23.

3. Jedi and Jesuits both receive mentorship from older, wiser members of the order.

Jedi train as padawans under a Jedi Master. Luke, of course, had Yoda.

Jesuits start out as novices under the guidance of a novice master. Even once we profess our first vows we always have a spiritual director, and more often than not that person is a Jesuit who’s known for his spiritual depth and ability to guide us in the spiritual life.

4. Jedi look good in black. But then again, so do Jesuits.

5. Both Jedi and Jesuits live by a code.

The Jedi Code, which governs the behavior of the Jedi order, even forbids Jedi from being married and having romantic relationships.

The Jesuit Constitutions, starting with the Papal Bull Regimini Militantis, lay out our common life together. And of course, we all take a vow of celibate chastity.

6. We both have cool symbols.

7. Both Jedi and Jesuits have an elected leader who is assisted by a council of advisors.

The Jedi Council was based in the Jedi Temple on Coruscant and was led by the Master of the Order. A council of 12 Jedi masters from all around the galaxy aided him.

The Jesuits are led from Rome by a Superior General, who seeks the advice of his assistants representing regions all around the world.

8. Both orders were suppressed by the Imperial powers-that-be.

This time, the Jesuits got the better deal, mainly because the Jedi were all killed by the Empire. Jesuits were mostly just expelled from mission lands and were often given the choice of joining other orders or leaving the priesthood.

And both orders were eventually restored by surviving members. (No spoilers! This is Star Wars canon!)

Now, if you’re thinking Jesuits and Jedi are too much alike… It’s a trap! Here are some key differences:

1. Lightsabers. The Jedi have them, Jesuits don’t. In fact, one of St. Ignatius’s first acts after his conversion was to lay down his sword at the altar of a church. On the other hand, we are less likely to have our hands cut off in a duel.

2. Women Jedi. Yeah, this one’s heavy weather. While there aren’t any women in the Society of Jesus, there are many orders of religious women whose spirituality is the Spiritual Exercises, and often whose Constitutions are based on those of the Jesuits. And not a few of them are spiritual advisors to Jesuits.

3. Pope Francis. Sorry Jedi. Obi-Wan may be pretty cool, but we’ve got the coolest old guy in any galaxy. 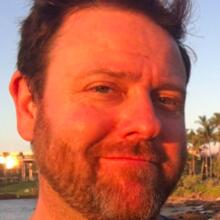 Jason Welle lives in Los Angeles and does fundraising for Church World Service.

I can not WAIT to share this with my CCD kids tomorrow before Mass. Thank you so much for this! It rocked!

Yes....But who are the Sith Lords pitted against the Jesuits?

I know how they’re the same. They’re both self-worshiping morally depraved de facto atheists who believe God, if He exists, is their inferior, in process of learning how to be God, and Who needs to learn how to be an enlightened God if He would only have sense enough to listen to the contemporary thought of Jesuits who ignore Catholicism. And given their rejection for the sacred status of creatures, they believe those who resist the new enlightenment of Jesuits are suitable subjects for anti-populationist extermination.

And a merry Christmas to you too, Mr. Haraldson. Why would you bother to read America if you consider the Jesuits "morally depraved de facto atheists"?

YIKES, James......you seem to have inadvertently answered my question.