Sex and the Catholic college campus 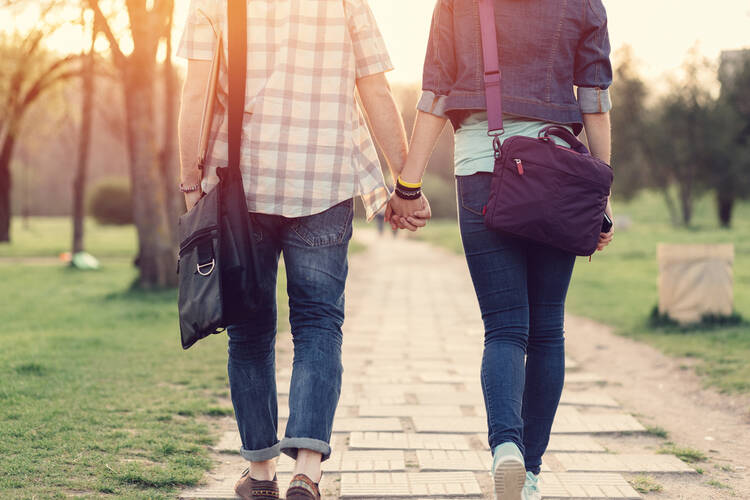 After receiving little attention for decades, there has been an explosion of interest in the “hook-up culture” (sex without commitment) in recent years, especially on college campuses. It began with the wave-making book Sex and the Soul, by Donna Freitas, but there was little focus on Catholic colleges and universities. Jason King’s new book now admirably fills that lacuna.

King is a moral theologian at St. Vincent’s College in Pennsylvania, but his research is informed by “field work”—in this case, over 1,000 interviews and surveys of students at 26 Catholic schools geared toward learning about sexual attitudes, values and practices on campus.

We often speak of “the” hook-up culture, but the book expertly shows that there are actually multiple cultures. Depending on their perspective, students on Catholic campuses celebrate hooking up, reject hooking up and/or feel coerced into hooking up. Some hook-ups lead to devastating consequences, including sexual violence, while others sometimes lead to more healthy relationships. It is difficult to speak about “hook-up culture” in a sweeping way.

Regular hook-up participants are only about 20 percent of the population and are disproportionately privileged: rich, white, at elite schools, etc. The hook-up culture has a cost, and the privileged students are more equipped to accept it.

And yet there is a perception that the hook-up culture is more prevalent than it actually is. Many students are seeking out alternative, life-giving sexual cultures—not least because of the hook-up culture’s relationship to sexual violence, sexually transmitted infections and lack of meaningful personal connections.

This article also appeared in print, under the headline “Sex and the Catholic college campus,” in the September 18, 2017, issue.