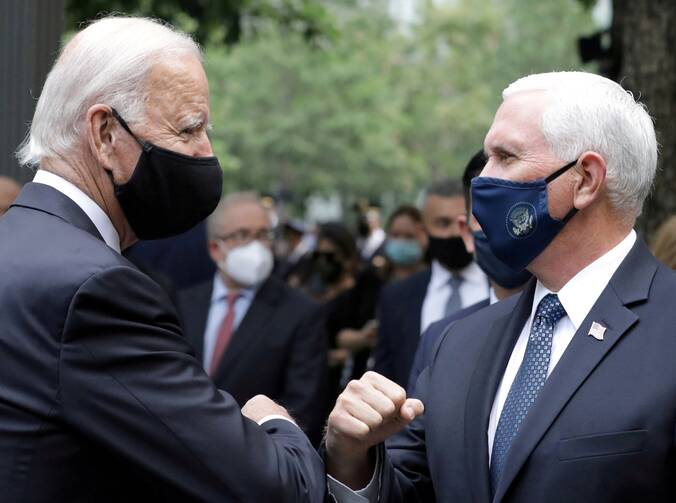 My former colleague John Carr’s essay on the November election reminded me that people of good will can see things very differently, as he and I did many times within the walls of the U.S. Conference of Catholic Bishops. These differences helped me understand my faith better and even changed my thinking from time to time. Nonetheless, I am compelled to respond to his case that a Catholic can in good conscience vote for former Vice President Biden.

First, at the risk of alienating my friends on the right, this is not an apologia for President Trump. I did not vote for him in the last election (I wrote in Senator Marco Rubio), and I am genuinely struggling with what to do this cycle. Do I write in another candidate (this time it would be Senator Tim Scott) or do I vote for a Trump administration? I am struggling with this decision. What I am not struggling with is whether to vote for former Vice President Biden and Senator Harris. I will not. I do not think a Catholic can vote for Mr. Biden.

Not until the Democratic Party feels the pain of losing the Catholic vote will they reconsider their commitment to attacks on religious freedom, the defense of the natural family, support for Catholic schools and other Catholic priorities.

More, however, needs to be said about each of those things.

Catholics are politically homeless in the United States in 2020. But that does not mean both parties are equally disenfranchising. The Republican Party embraces more of the Catholic social ethic than does the Democratic Party, as judged both by number of issues and their centrality to the common good and human rights. And, however big the personalities are, my years as a lobbyist have taught me that the election is more about the party than the individual.

Mr. Carr’s essay offers a common strawman: that Republicans are right on abortion but fail in every other area. For that argument to hold, one must ignore the issues of religious freedom, defense of marriage and traditional sexual norms (former Vice President Biden performed a same-sex marriage) and, perhaps as important as any of these, support for Catholic schools, not to mention enterprise zones for poor communities and a commitment to maintaining law and order. If Catholics are more than one-issue voters, those issues deserve a prominent place in their consideration.

That we must care for the poor is not open to question, but Catholic social teaching permits a diversity of views on how best to do that.

Yes, a preferential option for the poor must be a central consideration for the Catholic voter. That we must care for the poor is not open to question, but Catholic social teaching permits a diversity of views on how best to do that. Perhaps Democrats have a better approach; perhaps Republicans do.

The same is true for issues like immigration (I will not defend President Trump’s approach to immigration, but I also won’t defend the Obama-Biden approach; President Obama was known within the U.S.C.C.B.’s immigration office as the “Deporter-in-Chief”); the environment, the response to Covid-19 (as far as I can tell President Trump followed key directives from advisors who are widely considered the experts), along with other important issues that require judgments that can be easily second guessed but don’t violate natural law.

The answer to the partisan divisions among Catholics is not to be found with reforming politics but with a greater focus on Christ.

On the question of racism, I wholeheartedly agree it is a grave evil that still exists in this country that must be eradicated. I also agree that President Trump has failed to address racism in any effective way. It is to date a great failure of his presidency.

Nonetheless, I would like to see both political parties do more to celebrate our common humanity instead of sowing divisions for political purposes. Unfortunately, that kind of thing has become a bipartisan affair.

With respect to a candidate’s character, integrity and competence to serve, I agree that these are serious considerations. I agree that President Trump is compromised on each of these. But how is former Vice President Biden much better on any of these questions? Someone who believes an unborn child is a life, as Mr. Biden has said, yet wants to subsidize the killing of children seems to have fatally compromised his character, integrity and competence to serve. That should be self-evident.

I would like to see both political parties do more to celebrate our common humanity instead of sowing divisions for political purposes.

With respect to abortion, it is not just “Faithful Citizenship” but many other U.S.C.C.B. documents (“Living the Gospel of Life” is my favorite because of its clarity) and magisterial documents that recognize the right to life as the pre-eminent and most fundamental human right. The arguments against abortion are well known and need not be repeated here.

Mr. Carr seems to think that the Republicans’ incompetence with respect to getting pro-life judges on the U.S. Supreme Court neutralizes the issue of abortion for the Catholic voter. What he doesn’t say is the reason why Republicans have not been successful: because they are forced to run nominees through the gauntlet of a Roe v. Wade litmus test established by the Democrats. This has not worked well for pro-lifers, but it is mostly the fault of Senate Democrats, as well as Republican cowardice about having the fight.

I believe that the Biden-Harris ticket is not worthy of a Catholic’s vote. Not until the Democratic Party feels the pain of losing a natural constituency, the Catholic vote, will they reconsider their commitment to the culture of death, attacks on religious freedom, the defense of the natural family, support for Catholic schools and many other Catholic priorities.

Finally, I offer this thought: It seems to me that far too many Catholics are Republican or Democrat first, Catholic second. This was certainly my experience with members of Congress, but I think it is also true for too many of us who are not involved directly in politics. The answer to the partisan divisions among Catholics is not to be found with reforming politics but with a greater focus on Christ. He is the center of everything. Allowing Christ to be eclipsed by a party, a candidate or an ideology is why we are in the mess we are in.

All of us must vote according to a well-formed conscience, but that will happen only by putting ourselves in the hands of our loving Father through prayer, fasting and service. All three are needed, otherwise we will fool ourselves into believing our vote is what makes us faithful Catholics. 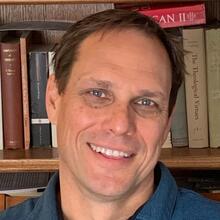